Mafia Wiki
Register
Don't have an account?
Sign In
Advertisement
in: Mafia II, DLC in Mafia II, The Betrayal of Jimmy

The Betrayal of Jimmy

View source
watch 01:54
Arcane: League of Legends - The Loop
Do you like this video?
Play Sound

The Betrayal of Jimmy

The Betrayal of Jimmy is the first story DLC in Mafia II.

The Betrayal of Jimmy offers a more arcade-like gameplay, while still maintaining the basic structure and controls as Mafia II. Players earn points for doing certain actions, such as fast driving, killing enemies and destroying vehicles. In addition the DLC features online leaderboards.

The Betrayal of Jimmy begins the story of Jimmy, a gun for hire who will do any job for the right price. Jimmy's employers, Sal Gravina and Tam Brodie are both determined to eliminate any competition in the criminal underworld of Empire Bay.

Sal Gravina is at war with Elroy Tussle, leader of the Bombers, a two-bit gang that controls the slums of Sand Island. Tam Brodie has his own issues with Eddie Fu, leader of the Empire Bay Triads, who operate out of Chinatown. Together they rely on the unique talents of Jimmy to carry out their plans of taking down both gangs and their interests. To make some extra walking around money, Jimmy also dabbles in vehicle thefts for some of Empire Bay's less scrupulous car dealers.

The Betrayal of Jimmy adds one new exclusive vehicle, the Waybar Hot Rod. As with all Mafia II DLCs, the garage capacity has been increased to 30 vehicles.

The Betrayal of Jimmy includes 21 arcade style missions, each one given a difficulty rating of one to four stars. There are also 9 vehicle theft missions for the player to complete. 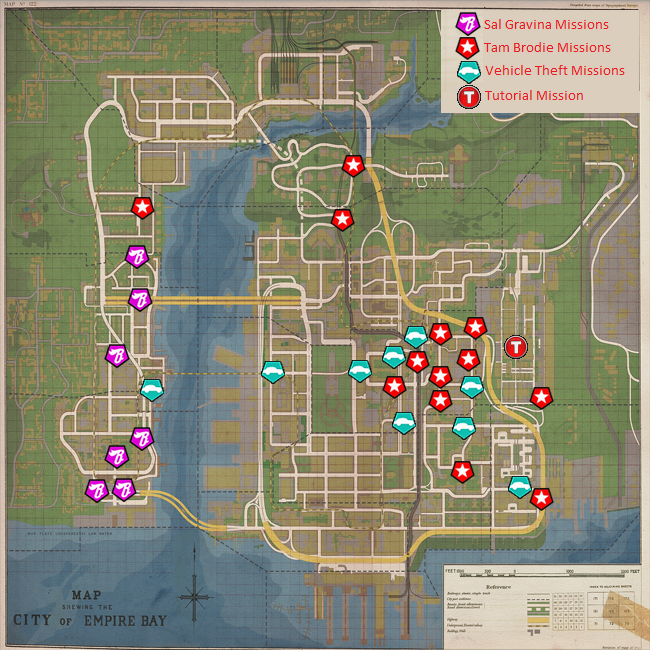 1/5
Community content is available under CC-BY-SA unless otherwise noted.
Advertisement