View source
watch 02:40
World of Warcraft: Dragonflight - The Loop
Do you like this video?
Play Sound

Mafia: Definitive Edition is a sandbox crime drama third-person shooter remake of the 2002 original game Mafia. It was released worldwide on September 25, 2020 for PC, PlayStation 4, and Xbox One, with a Stadia release TBD. It was released on its own and as a part of the Mafia: Trilogy. Mafia: Definitive Edition uses a new game engine that was used for the cinematic sequences in Mafia III; features an updated script; and comes complete with additional cutscenes, and all-new gameplay sequences and features.

After an inadvertent brush with the mob, cabdriver Tommy Angelo is reluctantly thrust into the world of organized crime. Initially uneasy about falling in with the Salieri family, the rewards become too big to ignore.

Mafia: Definitive Edition was first unveiled via a teaser trailer for Mafia: Trilogy from 2K Games on May 13, 2020. A formal trailer was released on May 19, 2020.

Part one of the Mafia crime saga - 1930s, Lost Heaven, IL Re-made from the ground up, rise through the ranks of the Mafia during the Prohibition era of organized crime. After a run-in with the mob, cab driver Tommy Angelo is thrust into a deadly underworld. Initially uneasy about falling in with the Salieri crime family, Tommy soon finds that the rewards are too big to ignore.

Play a Mob Movie: Live the life of a Prohibition-era gangster and rise through the ranks of the Mafia.

Re-Made Classic: Faithfully recreated, with expanded story, gameplay and original score. This is the Mafia you remembered and much more. 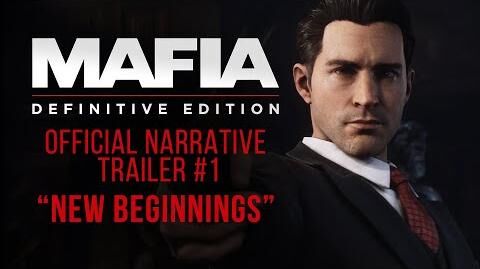