Start a Wiki
watch 01:16
Mafia II DLC Trailer: Jimmy's Vendetta
Do you like this video?

Jimmy's Vendetta is the second story DLC in Mafia II.

Jimmy's Vendetta is the second installment of downloadable content for Mafia II. It continues the story of Jimmy, the gun for hire first introduced in The Betrayal of Jimmy.

Jimmy's Vendetta is the story of an independent mob enforcer who was sent to prison after being set up by his employers. The story opens with a riot at the Hartmann Federal Penitentiary, a distraction Jimmy uses to orchestrate his escape. Once free, he sets out to take down the Gravina Crime Family and Brodie Gang, his former employers responsible for his incarceration. He dismantles their operations until nothing is left but the bosses themselves, then he takes them out. When they're dealt with, he goes after Judge Hillwood, the man who was calling the shots all along.

As with all Mafia II DLCs, the garage capacity has been increased to 30 vehicles.

Jimmy's Vendetta includes 22 arcade style story missions, each one given a difficulty rating of one to five stars. There are also 12 vehicle theft missions for the player to complete.

Missions outside the map: Too Good to be True 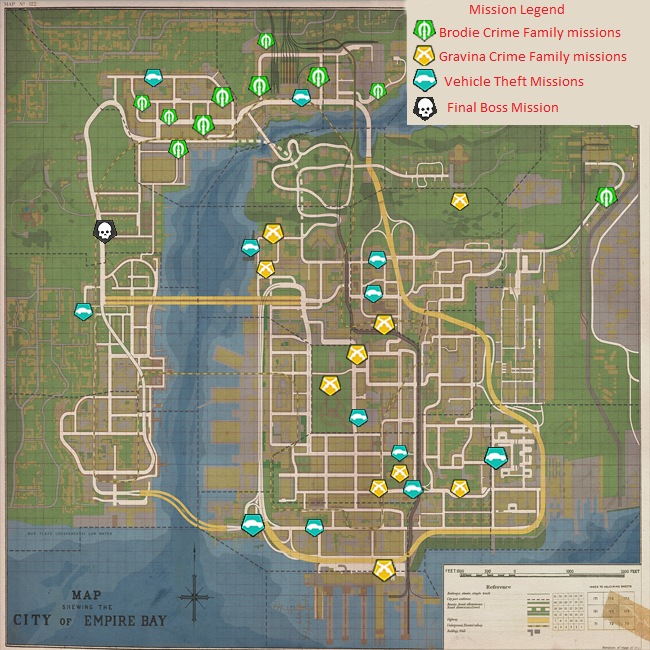 1 of 14
Add photo
Retrieved from "https://mafiagame.fandom.com/wiki/Jimmy%27s_Vendetta?oldid=184923"
Community content is available under CC-BY-SA unless otherwise noted.